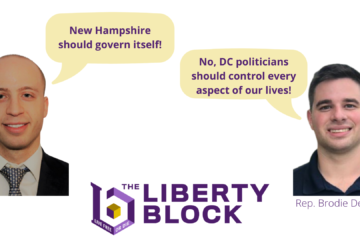 The legislation that would allow New Hampshire voters to cast a ballot in favor of independence has been assigned to the House Federal-State Relations Committee. One member of that committee has sent a frantic letter to his colleagues begging them to oppose the legislation and prevent the people from having a chance to vote on whether to become a self-governing state no longer bound to DC politicians.