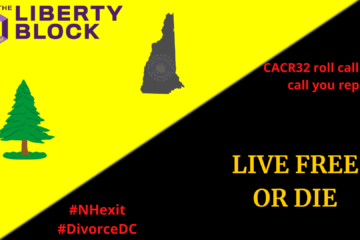 Legislation To Allow Vote on Independence Will Have Vote in House

At the hearing, pro-independence citizens filled the room and told the Representatives about the dozens of reasons we should be allowed to vote on independence. Only one citizen spoke against the legislation, and his most substantive argument was that we can’t split up the union because we are all Americans who just need to ‘come together’.