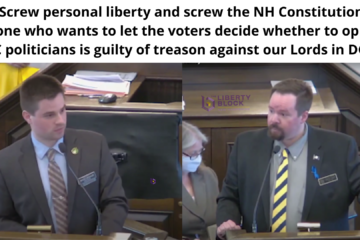 Did Anti-Independence Reps Break The Law?

Not one anti-independence legislator has ever agreed to debate the question of NH Independence. If they believe in their cause so strongly, why are they afraid to publicly defend their stance? The anti-liberty legislators knew that independence had a large amount of support among people and legislators. So, they utilized all the tools at their disposal to ensure that no legislators could vote in favor of the legislation, even if some of those methods are legally questionable.