Today marks the 109th anniversary of the creation of the Federal Reserve on December 23, 1913, when President Woodrow Wilson signed the Federal Reserve Act into law. The financial insiders rejoice this holiday season, as they have every Christmas Eve for the last 109 years, congratulating themselves on their stupendous fortunes and looking forward to a prosperous new year!

Those who are today celebrating a century of extraordinary profiteering via the central bank scam of the Federal Reserve are the politicians, the central bankers, Wall Street players, the Pentagon and its defense contractors, the too-big-to-fail bailed out companies, and anyone else closely tied financially with the federal government. These are the people whose wealth is created by having first dibs on newly-printed fiat dollars, before the inevitable drop in value due to the expansion of the money supply. The rest of us are on the losing end of their game, as the value of our dollars drops precipitously. Each play by the Fed is a transfer of wealth from the losers to the winners, with both defined in advance. It’s a game, and we losers don’t get to play.

The Federal Reserve is not federal, nor is it a reserve. Because the name is a lie, part of the scam, I will refer to it by its nickname “the Fed”. The Fed is a pseudo-private, government-enforced monopoly on a mandated currency, that acts in secrecy, manipulating the dollar via its “tools”. The Fed is unaccountable to anyone beyond the insider elites who profit from the scheme.

Today marks the 109th anniversary of the beginning of the destruction of the dollar’s value, now worth 3% percent in goods and services of what it could be traded for in 1913. The Federal Reserve was “created by Congress to provide the nation with a safer, more flexible, and more stable monetary and financial system”. The Fed did the opposite. The dollar isn’t safer, nor is it more stable. “Oops, sorry about all that inflation” has been the apology of every Federal Reserve Chairman since 1913.

Today marks the 109th anniversary of the beginning of the third central banking financial disaster in these united states. A few effects of the currency “management” by elite economists with government-enforced monopoly banking powers are the 1919 stock market crash, the Great Depression, the housing bubble/collapse of 2008, and the repeating boom/bust cycles that have plagued the economy for 109 years.

DC Empire Presidents responded to the Fed’s financial disasters by making the problem far worse. These include President Roosevelt’s confiscation of gold and making private ownership illegal in 1933, halting circulation of Gold Eagles; President Johnson’s demonetization of silver in 1965, stopping real silver coins from circulating; and President Nixon’s closing the gold “window” in 1971, removing the last residual tie of the dollar to anything related to real money. Of course, Presidents go along, and help – they benefit enormously from the scam.

The three effects above are not a coincidence, nor are they accidental. What happened is an entirely predictable effect of the actions taken starting in 1913 by the Fed, with help from Presidents, Congress, and the SCOTUS. What happened was part of the plan. It’s a feature, not a bug – to the winners. “Sorry about that, you losers, you didn’t see it coming? LOL.”

Ron Paul was right – we should end the Fed. Dr. Paul has been publicly pointing out why since 1971, when Nixon’s kingly decree declared the dollar no longer tied to real money. Austrian economics – the branch of study that actually works – predicted the demise. Ron Paul knew in 1971 what would happen if it wasn’t stopped. He told everybody. No one in power changed anything. It wasn’t stopped.

When Congressman Ron Paul (R- TX) asked Federal Reserve Chairman Ben Bernanke “do you think gold is money?”, Bernanke replied “no”. Dr. Paul was Chairman of the House Financial Services Subcommittee on Monetary Policy at the time. Bernanke appeared to contemplate the consequences of answering honestly with a “yes”, weighing the possible outcomes. After a pregnant pause, Bernanke answered “no.” Ron Paul replied that “some people still think it’s money.”

For a Fed Chairman to admit gold is money is to admit the entire Federal Reserve scheme is a farce, a lie, a scam, perpetrated on the American people for a century. Such an admission would be a career-ending mistake for a central banking economist, a political mistake that cannot be recovered from. What if the American people understood what the Fed is up to? Can’t risk that.

Inflation is the expansion of the money supply, resulting in more dollars chasing the same goods and services. Prices go up later, as a lagging side effect of the expansion. The Fed is the source of the expansion. The Fed is the primary reason eggs cost more dollars today than a couple of years ago. It isn’t that the number of chickens laying eggs in the united states was cut in half, causing a price increase that would necessarily happen in a free market. The eggs require more dollars today because of the Fed. Eggs are worth about the same – the dollar just lost value. When you buy eggs, remember 1913 and the Fed.

After 109 years of the unfettered game being played on us by the central bankers, 97% of the value of a dollar in 1913 is gone. $100 in 1913 is equivalent to $3,007 today in goods and services. 97% of the value was sucked into the coffers of those with first dibs on newly “printed” fiat currency created out of thin air by hitting ‘enter’ on a computer in Washington DC. What could be more profitable than a government-enforced monopoly with legal privileges to counterfeit cash at will? Add the ability to dole out new counterfeit dollars in an “I’ll scratch yours if you scratch mine” insider system and today we see what we let happen.

In the Rebel Civics episode “Inflation and The Fed v. the Constitution”, the author discusses what inflation really is, why price increases are a side effect, and how the Federal Reserve has been the source of the problem for 109 years and counting.

Don’t expect the Fed’s game to make it another 109 years. The unsustainable scam can’t last forever. It is best to walk away before the inevitable financial collapse happens. Ron Paul couldn’t end the Fed, how could I? It is time to give up, peacefully leave, and conduct our lives in a system using sound money.

What Will the Future of the NHGOP Hold?

As a long-standing Republican volunteer who has held multiple positions in the state party and knows a great deal about the party's history with the multitude of its stakeholders, I am providing the insight I KNOW concerning the NHGOP election on January 28th.

The Truth About the Welfare Clause 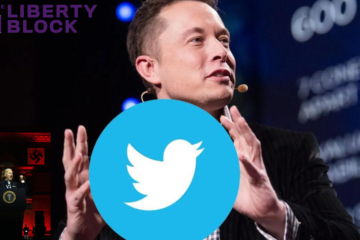 The government is highly involved in policing social media. This is a clear violation of the first amendment. That is the gist of it, but let’s get more specific. We now have evidence of the following scandals: