A State Senator from Oklahoma has filed legislation that seeks to amend the state’s constitution. If passed by the legislature and the voters, Nathan Dahm’s bill could block the enforcement of nearly all federal laws and policies within the state.

“The Secretary of State shall refer to the people for their approval or rejection, as and in the manner provided by law, the following proposed amendment to Section 1 of Article I of the Oklahoma Constitution to read as follows: Section 1. The State of Oklahoma is an inseparable a sovereign state, a part of the Federal Union known as the United States of America, and the Constitution of the United States is the supreme law of the land and any laws to the contrary are null, void, and of no effect in this state.” (underlined words indicate additions that the amendment would make to the Oklahoma Constitution.)

While this legislation does not amend the constitution in a way that would declare full independence from the union, it does make a few critical changes.

First, it seeks to cross out the word ‘inseparable’, clarifying that Oklahoma does have a right to leave the union should its citizens find no other recourse for retaining its natural rights.

Second, the amendment would assert that all federal laws that violate the US Constitution would be unenforceable within the state. This could mean that all laws relating to firearms, nearly all economic regulations, and nearly all surveillance would cease to exist within Oklahoma. It would also likely nullify all federal laws and regulations relating to healthcare, drugs, education, and many other areas that the federal government has declared to be within its jurisdiction over the past few decades.

Nullification of certain federal laws is not totally unprecedented. Many states already nullify federal laws relating to cannabis, firearms, and immigration enforcement. However, the more expansive the nullification, the higher the risk of the DC politicians withholding federal tax dollars from the disobedient state. Once the federal government stops sending money back to a state, the taxpayers and elected officials in that state are likely to respond by refusing to send tax dollars to DC in the first place. At this point, there would almost be de facto secession, as the state would neither pay federal taxes nor obey federal laws. This means that nullification could very well be the first step toward full independence from the DC Empire, which many people already support for a multitude of reasons. Increasingly, citizens are discovering that separation from the union is likely to improve their quality of life as well as their overall liberty. A serious independence campaign in Oklahoma would join the ranks of Texas, New Hampshire, and California, all of which already have strong secession movements.

A real-life Karen has filed a petition with the NH Ballot Law Commission requesting a hearing to deny ballot access to 14 members of the state legislature running for re-election this year.

Be Honest: You Already Support Secession

Time for some cold hard brutal honesty. To the minority of New Hampshire Republicans who do not yet support peaceful separation from DC politicians, have you thought about what it would take to shake you from your slumber and make you realize that secession is literally our only option if we want our children to have the same liberties we had? 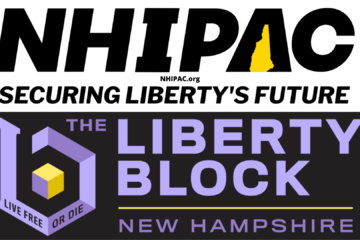 NH Veterans Form PAC To Support Separation From The Union

Since legislation in support of New Hampshire independence was filed last fall, support for peaceful separation from DC has flourished. While CACR32 did not pass the legislature, the outpouring of support for independence from the disastrous union controlled by DC has only continued to pick up steam.