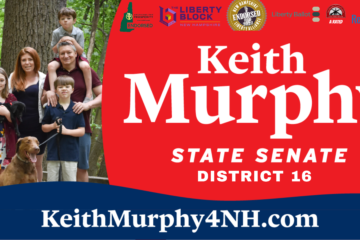 One of the most interesting races for the 24 seats in the NH Senate is playing out in District 16. Technically, neither of the two candidates that voters will see on the general election ballot ran in the primary. In fact, both seemingly had no intention of running for Senate until just a few weeks ago. The two candidates represent polar opposites; a liberty conservative versus a hardcore progressive socialist. The District includes Candia, Goffstown, Hooksett, Manchester Ward 1, and Raymond.