Of course, you hate those terrible policies. We all do. Yet, they remain the law of the land. How is that possible?

The government has methodically and consistently increased its power and its influence on our lives since its inception. They actually use those increasingly broad powers to steal our money, which they use to further subjugate us. Of course, you are the one who funds congress, foreign wars, police, domestic surveillance, the drug war, and all other government policies.

Although cannabis is increasingly accepted as a normal substance by Americans, the federal government politicians maintain even in 2021 that it belongs in the most illegal, controlled, dangerous class of substances in existence.

Polls show overwhelming support for cannabis legalization in the US. And polls show nearly zero support for congress. So, what gives?

Isn’t it frightening that politicians are not accountable or responsive to their constituents? What if they continue to enact laws that further abuse us? What if they make surveillance more broad or force us into labor camps? They have the power and don’t care what we want.

Representative democracy is to blame.

We have explained that pure democracy (a government in which every policy is created by strict popular vote) is no different than mob rule, that it fails to protect property rights, and how it could allow for gang rape.

However, representative democracy (a government of legislators who are elected by strict popular vote) may be even worse for freedom and fairness, and much less responsive to the people. This is because in a pure democracy, people could all vote on every single issue individually. We could make our desires on all of the millions of policies known, and thereby craft a society that at least the huge majority desires. We could have a society where weed is legal, cops are accountable, gun rights are respected, taxes don’t exist, and home schooling is allowed. In our current system, we are forced to choose one politician. At best, that politician may align with us on some of those policies. Republicans may support low taxes and gun rights, but oppose us on the other important issues. Democrats may support cannabis and police accountability, but oppose us on the other important issues. At least in a pure democracy, we could vote for our actual desires. Representative democracy is the worst form of government that still sounds civilized. And that is our current system. In fact, party politics, omnibus bills, lobbying, corruption, courts, agencies, and election laws make the system even less representative of the actual voters.

So, what can be done about the popularity paradox? How can we have policies that are not so opposed to our desires?

Ultimately, the less power a government has, the less it matters who is in office. Does it bother you if a random foreign employee is a jerk? Not really. Because he can’t hurt you much. So, the simplest solution is to take power away from the government – from all politicians – and return it to individuals in the form of liberty.

Secondarily, we can dampen the effect of ‘the popularity paradox’ via localization. The more local the decisions, the most representative they will naturally be of the electorate. For example, do you trust politicians in DC to determine how you eat and work and play? Or would those decisions be better left to your state government or community, or maybe even completely up to you? 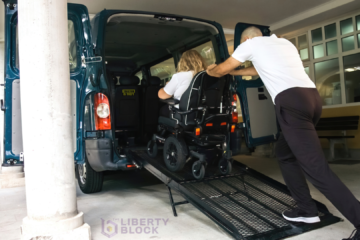 From Memes to Free Wheelchair Vans

It all started with some memes. David and Peter Gay have been involved in fundraising for worthy campaigns in need for nearly a decade. By harnessing the power of social media, they have been able to champion causes and fully fund countless crowdfunding campaigns.