From Memes to Free Wheelchair Vans

It all started with some memes. David and Peter Gay have been involved in fundraising for worthy campaigns in need for nearly a decade. By harnessing the power of social media, they have been able to champion causes and fully fund countless crowdfunding campaigns.

Nine years and millions of dollars in crowdfunding later, David and Peter are championing a new cause: funding requests for wheelchair vans. In just over a month, the ‘Wheelchair Vans for LibertyMeme Fans’ Facebook page has been able to raise over $140,000 from over 5,000 donations.

How it Got Started

To explain how they got here, we need to go back to the beginning. In 2007, David and his brother were avid volunteers in Ron Paul’s presidential campaign and were advocating for libertarian ideals. Although that campaign was unsuccessful, the fire had been ignited inside of them to continue to stay involved in politics.

A political incident at the RNC that year led to a flood of memes. As a result, in 2013 the brothers launched a wildly popular Facebook page called ‘Liberty Memes’.

On occasion, David would share campaigns in need of funding to the page and was able to inspire donations. The audience of this page wasn’t necessarily looking to donate though; they were just there for the memes.

In a recent interview, David explained, “Realizing that a large portion of our audience wasn’t interested in these causes, I chose, in October of 2019, to create the “Liberty Memes 5 Dollar Charity Club” Facebook Group, as a place where we could share our causes, in a group with giving as its sole focus, without cluttering the news feeds of disinterested parties.”

That group was able to fund almost 200 campaigns to the tune of over half a million dollars and garnered national attention. David and his group quickly became a viral sensation leading to dozens of interviews on popular podcasts. “Spike Cohen, Larry Sharpe, Chris Spangle, and several others, had me on, and people from their audiences also started pouring into the group,” said Gay.

They successfully funded campaigns of all shapes and sizes. “We have funded surgeries, car repairs, paid off mortgages, bought cars for people, sent warm meal deliveries and groceries, raided Amazon wish lists of charities and individuals, staved off evictions, paid utilities, paid for medical treatments and medications, helped people recover from fires, accidents, and disasters, and more. Pretty much anything under the sun that someone could have an emergency need for,” said David.

Unfortunately, Facebook removed the original Liberty Memes page with no explanation. Shortly afterward, in the summer of 2021, Facebook censorship struck again as suddenly the reach of the Charity Club page posts dropped dramatically. David said, “There was nothing controversial ever posted there, and yet our cause posts were starting to only reach 3 or 4 people per day, and by late fall, I determined that I needed to start a new group if I wanted our mission to continue.”

Knowing that the formula of social media and crowdfunding had been proven but not quite sure of where to refocus their efforts, fate dealt them a chance meeting that put them on a new path.

In 2021, he teamed up with Tom Quiter, a disabled candidate for NY Senate, during a Libertarian Family Feud game at the New York State Libertarian Party convention. Tom was in need of a wheelchair van and David agreed to help fund the cause.

Astonishingly, they were able to fund the campaign in just ten days. When Tom was asked what it was like to be on the receiving end of this generosity he said, “Each instance feels like winning the lottery jackpot. These needs can be so hard to attain under government regulation and restriction from a perspective such as my own.”

Having formed a friendship with Tom and learning more about the struggles facing those with disabilities, along with having funded two wheelchair vans previously, David and Peter decided that they would name the new group “Wheelchair Vans from Liberty Memes Fans”.

Since then, their understanding of the needs of the disabled community has continued to grow. “When I created the group,” David said, “I just wanted to help the bare need. Then people explained to me how expensive it is, how governments keep the disabled from having their own private, reliable transportation through income limits, even to the point of disallowing social workers from even mentioning to their cases that crowdfunding exists, or how to do it without losing your social services benefits.”

Tom Quiter has since joined the group as well.

“It’s an amazing voluntary community. They truly set the top example for what voluntary action through crowdfunding, and beyond, can do. I’m proud to be an active member and donor,” said Quiter.

David carefully vets the campaigns that he chooses to share with the group, reaching out to the creators to be able to share more of their personal stories. These group posts are public and able to be shared outside of the group to maximize their exposure.

The posts are often humorous and silly, with custom memes shared from both David and group members, highlighting the current campaigns. Everyone is encouraged to join the group, even if they don’t donate to any campaigns.

Crowdfunding as a Constant

The power of crowdfunding synergistically working with social media has already passed proof of concept. In 2020, Barstool Sports founder Dave Portnoy started a $500,000 business fund to help businesses struggling financially during the pandemic and the government-imposed recession. The fundraiser far exceeded expectations, raising over $20 million.

David Gay believes in liberty and voluntaryism as a permanent solution. Gay claims, “I believe that charity is crucial for showing that the needy will be taken care of in the absence of the welfare state. If we just call for the abolishment of the welfare state without showing what would replace it, I think we are being heartless.”

“I take it one step further, and put that philosophy into action, by proving what even a small group of people is willing to do, to help others. Our mission is to lay the groundwork for a voluntary society, outside the confines and pageantry of politics.”

When asked what he envisions for the future of the group, David responded “Just keep rolling, growing, and helping people. The only limit to how many causes we can get to, is group engagement, membership growth, and algorithms that prevent our causes from going viral…My goal in life is to prove the merits and successes of Voluntaryism,” he continued.

But don’t discount the potential power of a meme!

“Our drives are almost entirely meme-based,” says David. He credits much of the success to the ability of memes to be able to spread the word quickly and widely, while adding an element of fun to the process.

“I think that showing fellow libertarians what we’re capable of, when we act together, is a powerful testament, that not only attracts new enthusiastic helpers, it also changes libertarian culture from one that’s known as stingy, to being known as the most generous.”

Tom Quiter agrees with the view that this model has unlimited potential to fund the essential needs of others.

“US residents are statistically more generous than any other population. It’s time we start focusing that generosity appropriately, locally, and wherever our government fails individuals with big promises it cannot fulfill,” said Quiter.

The success and growth of Wheelchair Vans from Liberty Memes Fans has proven what tremendous impact even small donations can have when hundreds of people work together for worthy causes.

This article was originally published by Dan Behrman on Minds.com and was republished by The Liberty Block with his permission.

This is inspiring and I’m hoping it continues to grow.

Thank you very much, Karyn!!

Nice to read some good news in a world that appears to be going down the drain…. 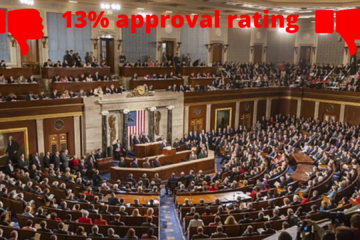 How do you feel about cannabis being illegal? How do you like being spied on by politicians? Do you like that politicians steal trillions from you in taxes and give billions to nearly every nation Read more…