As I’ve explained in prior articles, money was created as a store of value that could be used to make economic transactions. The man who raises cows and bulls has valuable assets, but livestock is difficult to carry in your pocket and not practical for dividing into small denominations. Animals also live for only a few years. The fisherman has lots of fish, but they also die quickly, and not everyone even likes fish. The wheat farmer has far too much product to carry in his pocket and has trouble trading his commodities with others. So, ancient civilizations developed standardized money in order to facilitate barter in a much simpler and more efficient way.

At its core, money is simply a store of wealth; a way to hold value for the short (and long) term in a manner that could facilitate the exchange for other desirable products and services in a predictable fashion.

I believe that there are eight fundamental characteristics that are necessary for money to be suitable for use in an economy. Money must be:

As of this writing, the predominant money used in the united states is the US dollar, technically called the ‘Federal Reserve Note’. Let’s examine which characteristics of good money the dollar possesses.

Scarce – Dollars are minted only by the US Mint, the Federal Reserve, and the Federal Government (including printing, digital printing, quantitative easing, and borrowing), which technically gives them some degree of scarcity. However, 80% of the dollars in existence have been ‘printed’ by the DC politicians in the past two years. The trillions of new dollars flooding the market is making each dollar much less scarce, and therefore much less valuable. This means that with each passing day, people are less inclined to desire dollars. They increasingly prefer to hold their value in some other form.

Valuable – The dollar has no inherent value; its value is based on what it could buy in the free market.

Portable and storable – The dollar scores a 100% on this one. It is quite easy to store and carry your FRNs.

Divisible – Again, the money used in the united states scores a 100% in this area. It could be divided down to one penny and up to $100 bills.

Stable – The dollar has lost over 90% of its value since the Federal Reserve was established in 1913. Therefore, the DC Empire’s money scores very poorly in this area. While the Venezuelan Bolivar has seen a sharper decline in its value, dollar-holders are losing wealth by the day due to the amount each dollar could buy plummets constantly with no sign of stopping.

Durable – The dollar likely would receive a 100% or close to it in this arena. They are very durable, enjoying lifetimes of at least a few decades.

Acceptable – Dollars are widely accepted throughout the united states and the world, with relatively few exceptions. This is likely to decline along with the value of the dollar, though.

Recognizable – Few people in the united states are unfamiliar with dollar bills and coins. There are likely only a few dozen people in each market throughout the union who learned so little in their government-run schools that they can’t even identify their government’s legal tender.

Gold has historically been used as money, but only for large purchases. Today, an ounce of gold is worth around $2,000. For those wishing to purchase cheeseburgers for lunch, gold could not be used. The consumer would need to carry around one-hundredth of an ounce of gold. This would not be practical, because that tiny spec would get lost before he could even think about his burger. He could use silver, but it’s not really practical to carry eight pounds of money in your pocket all day. That said, fractional silver is proliferating and may soon be a practical alternative. Some consumers like to pay with crypto, but the volatility and difficulty of using some crypto-currencies make it attractive to many people. Is there any form of money that works well?

Goldbacks are pieces of 24k gold that are formulated into thin bills and encased in polymer. As you can see from the money comparison chart, goldbacks score very high in all areas other than widespread acceptance. This area is relatively easy to improve, with 100 businesses in New Hampshire, 300 in Utah, and hundreds in Wyoming and Nevada already accepting the gold money. The goldbacks are extremely easy to store and carry. They are divisible much like a dollar. They are made from real gold – an inherently valuable and scarce element. They are very durable and could be exchanged for newer bills at no cost from the manufacturer if they do wear out. And they are easily recognizable. They are also essentially impossible to counterfeit. They also offer the same anonymity as cash. Crypto (especially privacy-focused ones like Monero and Zcash) could be anonymous, but requires internet, is not always simple, and is relatively volatile. Silver is another great option, but it is accepted less than goldbacks. Due to its value being roughly one 80th of gold, carrying (and even storing) a lot of value in the form of silver is not practical.

Coining Money and the Coinage Act of 1792

There are a number of original source materials available for studying the U.S. Constitution, including notes on the 1787 Constitutional Convention and articles written in favor of ratification (The Federalist) and against (the anti-federalist papers). The ratification debates held in the various State ratifying conventions are also very informative.

How DC Politicians Destroyed Our Money

Nearly every government eventually becomes greedy and seeks to steal more from its people than it could via simple taxation. Tyrants in the federal government always wanted to control the money that the people used. Alexander Hamilton wanted the President to rule over the Americans for life with massive powers, and he wanted the central government to be quite authoritarian. 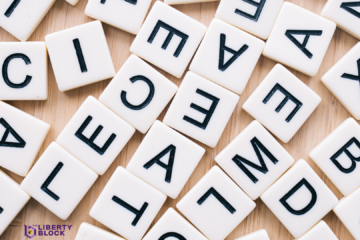