On July 6th, a CBS affiliate in New York reported that Dictator Cuomo has announced what we’ve been warning about for the past year.

Similarly to nearly every other dictator, Andrew Cuomo of New York was delighted to learn that he could do anything he wanted to his subjects as long as he ‘declared an emergency’.

For the past year, dictators all over the united states have suspended nearly all rights and freedoms of their citizens, using the ‘coronavirus emergency’ as justification for the abuse. Nearly every dictator also suspended the legislatures indefinitely, choosing to rule by fiat, much like a king or the high chancellor of Germany in the 1930’s.

In articles, podcasts, and even in my book, I warned that if people allow politicians and law enforcement to get away with abusing people by locking them in their homes, shutting their businesses, forcing them to wear masks getting experimental vaccines, and much more, all under the guise of a state of emergency, then politicians will be encouraged to do the same thing again.

Of course, anti-freedom politicians have been considering whether to declare a ‘state of emergency’ for global warming, gun control, and racism for years. Now that they know that their sheep will allow them to suspend all freedoms in the name of any emergency, they have even more reason to do so.

Additionally, Cuomo signed a bill that encourages people to sue firearms manufacturers for crimes caused with firearms that they made, which would be the equivalent to suing Ford for vehicular manslaughter.

On Tuesday, July 6th, the New York dictator announced that he is declaring a state of emergency due to gun violence and that he plans to totally suspend all freedoms and viciously abuse his citizens just like he did with COVID. 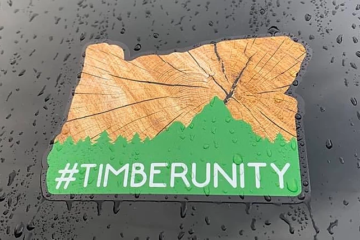 A Civil War Is Brewing In Oregon

Oregon House Bill 2020 - the ‘cap and trade’ bill may be the most drastic global warming bill proposed in the US since the propaganda popularized by Al Gore in 2006.