Concord, New Hampshire – A Republican State Representative has filed a bill to clarify that drinking water should be considered a crime in New Hampshire because it violates the US Constitution.

The 23-year old Republican said that he filed the bill in order to ensure that New Hampshire is in compliance with federal law so that we don’t risk losing any grants from DC or otherwise upsetting our Lords. Sources say that he may support an effort in the future to amend the US Constitution to grant the federal government the power to allow citizens to drink water or the power to allow States to permit their citizens to drink water.

House Bill 20 would make it a misdemeanor to drink water from bottles, the tap, lakes, or any other source. The first offense would result in a $100 fine, with a doubling of the fine for each offense. After five convictions, each offense could result in a 30-day prison sentence.

At the criminal justice committee hearing, one legislator mentioned that, after consulting with a few constitutional scholars and lawyers, he learned that the US Constitution does not give the federal government the power to allow citizens to drink milk either. After some discussion, the bill’s sole sponsor agreed to support an amendment to HB20 to also include a prohibition on drinking milk.

When asked by a reporter how he made the brilliant discovery, the representative said that “…it is true that I’m a constitutional scholar, certainly more intelligent than anyone else in New Hampshire, but I can’t take full credit for this bill. I got the idea from the dozens of Representatives and the many New Hampshire citizens who are supporting legislation to remove our state from the union. In my letter opposing that treasonous legislation that sought to allow the people of New Hampshire to vote on their own future, I stated: Nowhere in our US Constitution does it allow the federal government to permit any state to secede, let alone for any state to decide unilaterally. Our Constitution is quite clear on this issue (see Article IV, Section 3). No state constitution has ever suggested that states hold this power. Constitutions are implicit contracts with citizens that grant governments specific powers. With no power explicitly given allowing secession, no state can ever secede.

The moderate Republican legislator said that he has ignored requests to debate the issue because he has “…no interest in debating those dumber than myself, which includes every citizen in New Hampshire. I am just killing time until I get to DC, to be honest…New Hampshire folks are very dull, DC has all the bright ones!”, he told The Liberty Block in an exclusive interview last Friday.

The committee is expected to vote on whether to recommend the bill some time next week.

I’m a big consumer of humor, but this … Don’t quit your day job.

Well, I’m not surprised… We’re not allowed to breathe air. Why would we be allowed to drink water? Since milk is processed by cows, and not factories, I guess I can understand why a politician would be opposed to that…. (Uh, well, maybe…)

Guess I need to do some research and find out what this guy is really up to…. 😉 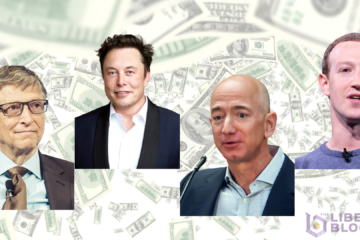